The player's seeds can be seen in the Seed Inventory, located on the left-hand side of the screen. They cannot be viewed in the player's other (paused) Inventory, meaning that the player has to balance selecting and planting seeds with fighting Enemies. 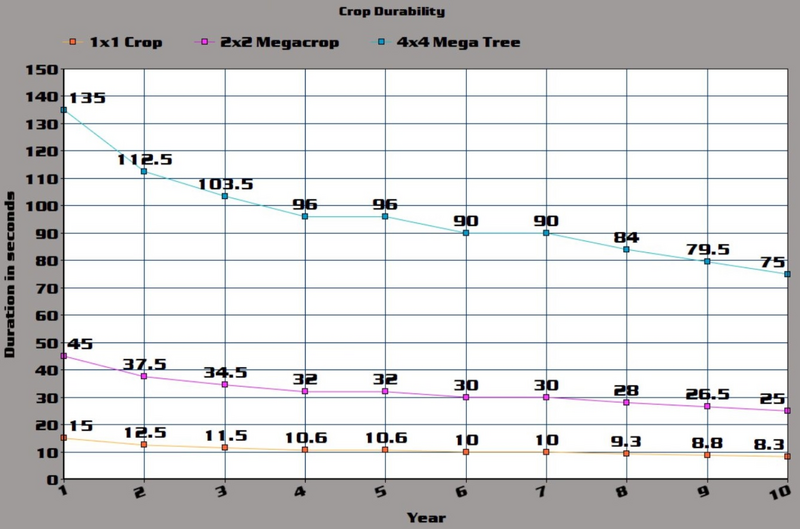 In addition to being eaten, Crops can also be set on fire from certain Bosses, Enemies, Nitro, and the Siracha Soaker provided the watering upgrade was not obtained. Fire damage is similar to Crop eater damage, however it does not scale or differ between Years or different means of lighting Crops on fire. Instead, is it static across all Years and behaves the same regardless of whatever source lit the given Crop on fire. Like Crop eater damage, Crops cannot be healed through any means, including watering them or merging them to create a Megacrop. Similarly, the damage a given Crop takes carries over between all days and Seasons. All of the following values are in seconds. For Fire Slugs, note that they will destroy Crops faster than the listed data due to both eating them and setting them on fire at the same time.