Each area of the wasteland has numerous enemy camps scattered around it, which deliver loot upon being cleared out. All of a camp’s Enemies must be defeated (even if they roam away from the camp) to receive the reward.

Enemies belonging to a camp are marked with a pink icon

to differentiate them from other monsters.

Once a camp is cleared, the loot will be dropped and its flag will no longer fly. Camp enemies do not respawn, with the exception of the "Rusty Car" camp.

The first Desert and Plains locations are Tier I, and are available at the start of the game.

The first Jungle and Tundra locations are Tier II, and each requires 1

All camps available to Tier I areas can appear in Tier II areas, although the Pigeon House camp now awards the stronger Dove Scrolls. Two other kinds of camps may also spawn.

These are the second locations in each biome, and may have any of the camps listed above, as well as special camps.
With exception of the "Rescue camp", all the other special camps are limited to 1 per area and all 4 are guaranteed to appear.

Once per Biome, clearing a camp will reward the player with a Golden Pupa. Picking this up and following the pupa will spawn the Tree Monster miniboss and a closed bulb.

Defeating the Tree Monster (and any other spawned enemies) will cause the bulb to open, rewarding the player with fertilizer, a rare seed, and a Boss Upgrade. 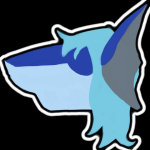