Blood Moons are rare events that can occur on non-boss night on the player's Farm. There are currently three different variants of Blood Moons, each one categorized by it's distinct look and Enemy variety. It is unknown if certain Blood Moons are more likely to appear over others. One of three different Moon designs will pass up from the bottom to the top of the screen at the end of the day to notify the player which Moon has risen, if one has been triggered at all. This will be followed by notification to return to farm and deployment of the Moon Pursuer, who will immediately begin chasing the player should be they caught off their Farm during a Blood Moon. Blood Moons cannot appear during Spring, and will only begin appearing starting in Summer. In addition, they cannot appear during any nights with Bosses. The player is guaranteed to have at at least Blood Moon appear during their run in accordance with the mention parameters. 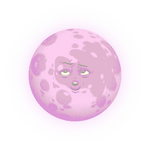 The Alien Moon features a swell of new Enemies making a sudden appearance, such as Mini UFOs, Witches, and Crows. 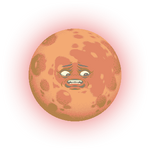 The Slug Moon features an abnormally large amount of Slugs appearing on the player's Farm, including the exclusive Fire Slug, as well as the majority of Enemies present during the Alien Moon, with the exception of Mini UFOs. 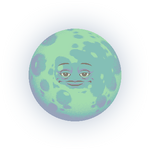 The Tranquil Moon features the smallest Enemy variety; in fact, no Enemies will appear on the player's farm at all. This grants the player a chance to breath and relax, an extremely rare opportunity.